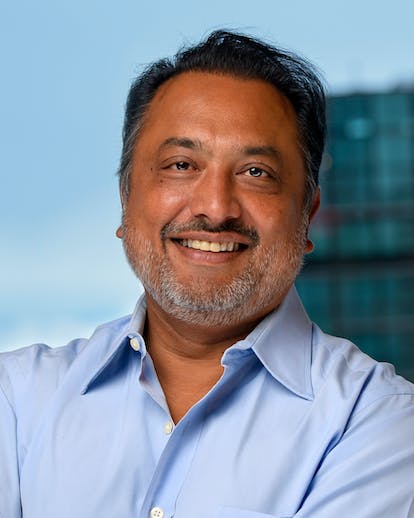 Anuj Gupta joined A10 in 2022 and holds the position of Chief Executive Officer.

Mr. Gupta has over 30 years of experience in commercial real estate lending, performing and non-performing loan acquisitions, and capital markets executions across various products including bridge, CMBS, agency, proprietary fixed-rate and tax-exempt mortgage products. Mr. Gupta has over ten years of experience at the helm of whole businesses or product lines within which he has executed over $16 billion in securitizations.

Prior to joining A10 Capital, Mr. Gupta was the President of Ready Capital's (NYSE: RC) commercial real estate lending platform. During his tenure, Mr. Gupta grew Ready Capital’s production from inception to $5 billion in 2021 and was instrumental in launching the various product lines including sourcing, negotiating and leading the acquisition of a tax-exempt lending platform that originated over $2 billion annually. While at Ready Capital’s external manager, Waterfall Asset Management, Mr. Gupta created five securitization shelves and sourced and closed the largest loan pool acquisition in company history.

Before Ready Capital, Mr. Gupta held several key leadership positions at GE Capital. He co-led a $5 billion joint venture formed with the US Department of Treasury and Angelo Gordon to invest in residential and commercial real estate-backed securities. Additionally, Mr. Gupta led GE Real Estate's CMBS team, overseeing $4 billion of originations and prior to that, launching a capital markets-driven origination program for GE Business Property Lending that generated over $10 billion of incremental loan volume for that business.

Mr. Gupta began his career in investment banking at Natwest Markets and Greenwich Capital. He also co-founded a franchise real estate lender that grew to over seventy-five people and originated over $1.4 billion in loans.

Mr. Gupta received Bachelor of Science and Master of Science degrees in Actuarial Science from the University of Michigan and Boston University, respectively.