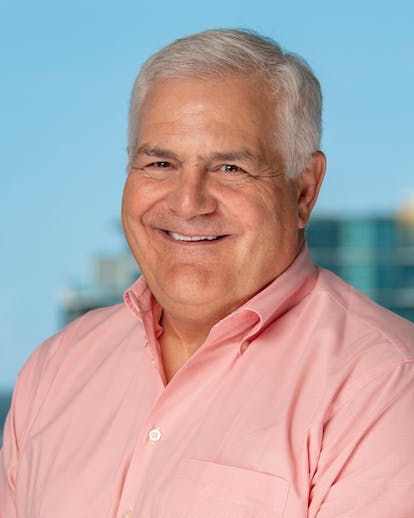 Ken Wilson joined A10 Capital in 2007, as a co-founder of of the company. He currently holds the position of EVP of Origination & Marketing. Mr. Wilson is responsible for managing the Origination team and overseeing the company’s marketing efforts.

Mr. Wilson has more than 20 years of commercial lending experience and over 35 years of sales and marketing experience. Prior to joining A10 Capital, Mr. Wilson was the second employee of the Aviation Finance Group, a full-service commercial lending business that specialized in financing private jets. AFG originated nearly $1 billion before it was acquired by a Major National Bank in 2004. Mr. Wilson was AFG’s top producing loan originator every year.

Prior to his finance career, Mr. Wilson had a successful career as a professional sports executive and consultant. He worked as a broadcast sales manager for the Portland Trailblazers, was president of Diamond Sports, which owned a professional baseball team and stadium, and was the first VP of sales and marketing of the Mighty Ducks NHL team. Mr. Wilson was also a partner in SRO Partners, a Portland, Ore.-based sports marketing company that provided sponsorship and ticket sales consulting services to professional teams & collegiate athletic departments, and managed professional golf tournaments.